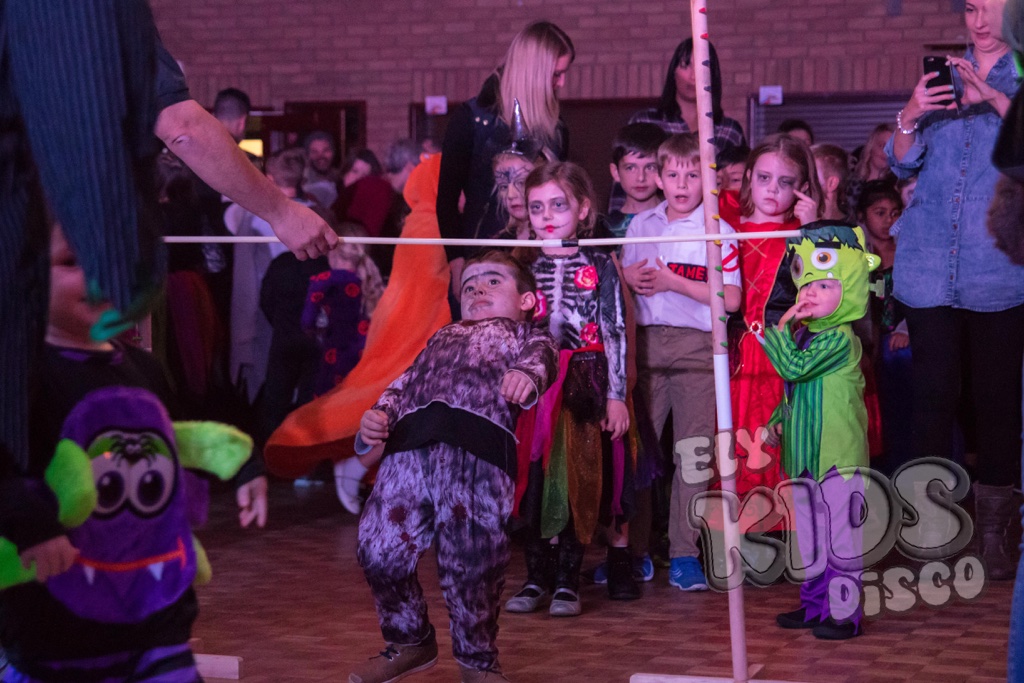 This is a question I’m asked by a lot of prospective customers, and it’s only right and proper that you want to know what you’re going to get on the day.

Now whilst I can NEVER pre-plan what games I’m going to play on the day because they’re based on the ages and abilities of the guests at the party, I can give you an idea of what will be played.

For a two hour party, you can expect to see between 5 and 10 games played – again dependent on the capabilities of the guests on the day. Some parties have less (if they’re younger…it takes longer to set up, explain the rules and execute the games), if they’re older, games aren’t necessarily the most important part of the party. 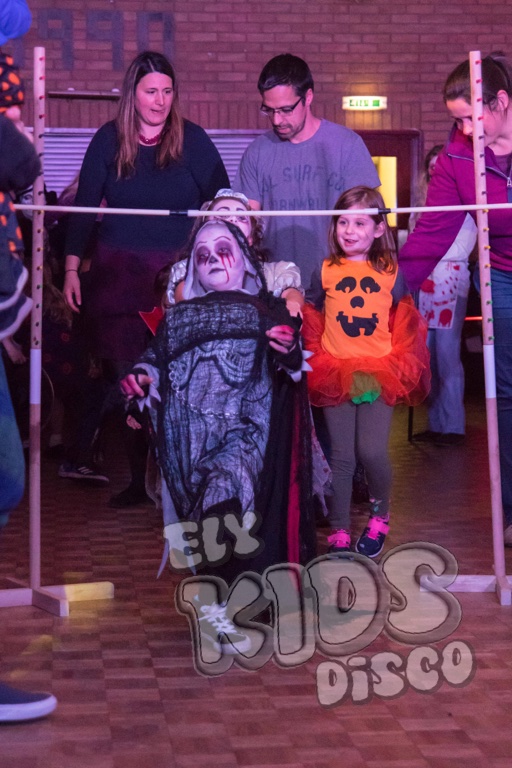 For the curious though...here's a summary of the games I play and the rules for each one

Popular with all age groups (even adults!) and doesn’t need a lot of explanation…..this one appears at 99% of the children’s parties I’m asked to entertain at!

The bar starts high enough for them to think it’s easy and walk under it, to eventually being around a metre away from the floor.

Always popular and it’s interesting to see the children strategising over this one. It’s simple, and it’s fun. It’s also a game of complete chance!

I’ll place four colour signs (red, blue, green and yellow) in the four corners of the venue. I’ll then walk the children round pointing out the signs so that they know where they are.

The rules? I play a song (normally something silly), and they dance. When the music stops, they pick a corner and run to it. Simple yes? (I wish!).

I’ll then get any adults in the room to pick a ball from a black bag (the balls are….you’ve guessed it…red, blue, green and yellow). Any children that have chosen the colour picked from the bag are out for the rest of the game, and the process is repeated until we have some winners.

I’m not a big fan of this one because it makes me very dizzy! BUT, it’s a lot of fun and the children love it!

In a nutshell, I get the children into a circle around me on the dance floor (that in itself is a challenge at times!). I then spin a tennis ball on a rope around which they have to jump. If it hits them (and trust me, I can feel it making contact through the rope!), they’re out.

Will it be a boy or a girl that wins? Hint….it’s normally a girl and it’s really not rigged – that’s just how it normally works!

The object of this one is simple. Form 2-3 teams (depending on how many guests are there) and run a relay race up and down the room by bouncing on Space Hoppers.

I also provide commentary akin to the Grand National on this one!

A note on “teams”. Whilst it’s nice for the children to sort themselves out, it rarely works so I tend to get them into “one straight line down the middle of the room” and pick the teams for them…it’s a lot quicker and just works 😉

Remember egg and spoon races at school sports days? That’s essentially what this one is….except harder 🙂

Using a tennis bat and a balloon, they run a relay race up and down the room. The first team where everyone’s had a go and they’re sitting down nicely wins….how hard can it be?

Not used too often because I need a willing parent to assist with this one, but it’s a brilliant game using playing cards.

The guests form two teams (there’s a theme here!). The callers (that’s me and a parent) have a shuffled deck of standard playing cards turned upside down. We flip a card over for the child at the front of the team to see – if it’s red, they run up and down the venue and back to the front of the team, until that is…they see a black card when they go to the back of the line and the next child takes their place. The game runs until the entire deck of cards has been shown.

It’s always interesting to see them work this one out.

They have to get from one side of the venue to the other using nothing more than two rubber mats. If they touch the floor…they’re out!

The way to win this is for two children at a time to cross the venue, with one of them returning to collect another. If they get it right, they’ll place one mat in front of the other and walk/jump across.

It’s simple enough to us as adults, but watching the children trying to work this one out is fascinating!

I’ll ask them to do various silly things like act as a monkey, lay on the floor, hop on one leg…you get the idea.

There’s a pile of under-inflated balloons at the end of the room, and taking it in turns they have to run up to them and bust one. The first team where all balloons are burst and they’re sitting down are the winners.

The children dance to a song and when it stops, have to lay down on the floor. I’ll then cover one of them up with a blanket and the others have to decide who’s under the blanket!

They line up side by side holding hands to form a chain. They then have to pass a hula hoop from one end of the chain to the other and back again WITHOUT letting go of each other.

No…not THAT version (for those that haven’t seen the Netflix phenomenon…I’ve never yet shot a child at a party 😮 !).

But, the concept is the same. Get from one end of the venue to the other without being caught.  I stand with my back to the guests and shout “Green light”, during which they’re free to advance. When I call “Red Light”, they need to stop. Anyone caught moving is shot (sorry…out!)

This one’s ALWAYS interesting. Think musical bumps or statues and you’re sort of halfway there.

I play a song and the children dance to it. The song will then stop and I’ll call out a number (and yes…I’m doing a lot of maths when I do this one!)

They need to get into groups of the number I’ve just called out. Anyone that’s NOT in a clump is out.

This one can get a little violent so I don’t play it too often because the last thing I want to see is a child hurt at a party!

Several different coloured hoops are placed on the floor. I play a song and they dance around….simple so far 🙂

I’ll then stop the music and call out a colour depending on which coloured hoops are on the floor. The children have to get into that coloured hoop, standing up and with BOTH feet on the floor inside the hoop. Anyone that’s not in the hoop is out.

Once the balloon reaches the last child in the line, they run to the front of the line and the game’s repeated until the original guest is back at the start of the line.

These one’s don’t really need explaining do they?

Note, pass the parcel is rarely done, but I’m more than happy to do this one if you’re happy to provide and wrap the prizes.

Are the games safe?

I spend the first 10-15 minutes of every single party trying to work out which games I’ll play based on the ages and abilities of the guests there.

The Space Hoppers may be inflated and ready to party, but if I don’t think the guests are safe using them, they’ll very quickly be let down again!

The very last thing I want to do is see a child injured during a game and believe me…I’ll STOP a game if it looks like it’s getting out of hand!

Do you use elimination games?

Whilst there’s a big movement believing that there are no winners or losers, that’s not how life works in reality.

HOWEVER…what you won’t see is me rewarding the children for WINNING a game. Instead, every guest will receive a winner’s certificate and medal at the end of the party to say they’re a winner…just for taking part!

Am I availavble for YOUR child's Disco DJ Party?

I’m often booked weeks in advance and I hate to let people down because I’m already booked!

The sooner you get in touch, the more likely I am to be available to provide the party of a lifetime!

We use cookies on our website to give you the most relevant experience by remembering your preferences and repeat visits. By clicking “Accept All”, you consent to the use of ALL the cookies. However, you may visit "Cookie Settings" to provide a controlled consent.
Cookie SettingsAccept All
Manage consent

This website uses cookies to improve your experience while you navigate through the website. Out of these, the cookies that are categorized as necessary are stored on your browser as they are essential for the working of basic functionalities of the website. We also use third-party cookies that help us analyze and understand how you use this website. These cookies will be stored in your browser only with your consent. You also have the option to opt-out of these cookies. But opting out of some of these cookies may affect your browsing experience.
Necessary Always Enabled
Necessary cookies are absolutely essential for the website to function properly. These cookies ensure basic functionalities and security features of the website, anonymously.
Functional
Functional cookies help to perform certain functionalities like sharing the content of the website on social media platforms, collect feedbacks, and other third-party features.
Performance
Performance cookies are used to understand and analyze the key performance indexes of the website which helps in delivering a better user experience for the visitors.
Analytics
Analytical cookies are used to understand how visitors interact with the website. These cookies help provide information on metrics the number of visitors, bounce rate, traffic source, etc.
Advertisement
Advertisement cookies are used to provide visitors with relevant ads and marketing campaigns. These cookies track visitors across websites and collect information to provide customized ads.
Others
Other uncategorized cookies are those that are being analyzed and have not been classified into a category as yet.
SAVE & ACCEPT